WHAT MY CLIENTS SAY ABOUT MY WORK

"A new lease of life"

The Strat has just arrived. Excellent job. The neck looks better than it did when it was new! I love the tone of the maple which gives it a real vintage look. Set up is great. The guitar seems to have been given a new lease of life!

Many, many thanks for your excellent work - I wouldn't think twice about using your services again should I need to.

"Quality craftmanship at a great price!"

Wow! When the headstock broke off of my Gibson Les Paul, I thought that it would cost hundreds of pounds and that it would never play the same again. I was amazed that you could repair it so quickly and perfectly – the guitar plays so beautifully again, I've even forgotten that it was broken. To get such quality craftsmanship at such a great price is unbelievable, but 6 months down the line, the guitar is still perfect. Hopefully I'll never need another repair, but if I do, I wouldn't consider sending my guitars anywhere else. Thank you so much.

"Plays superbly and the action is perfect"

Just writing to thank you again for repairing the broken headstock on my Epiphone Olympic. You've done an amazing job, i can't thank you enough, it plays superb and the action it just perfect.

Thanks again, and all the best. Cheers!

Just wanted to drop you a note to say thanks for the work you did on my Epiphone SG last week. I used it in rehearsal this week and it plays superbly, sounds great and the nut and bridge look like they came with the guitar from new. The next time I need any work doing, I'll come to you direct. I've also been recommending you to anyone who listens!

Thanks again, and I'll speak to you soon!

Just want to write and say thank you for the spectacular job you did on my Fender. It is refreshing to finally find someone who actually cares about the instrument and not just the fee, be sure that i will continue to send my instruments your way for any work they need doing.

"A delight to have it back to form"

Thanks as always for a lovely job. I really love that guitar and it's a delight to have it back to form.

Mat, what you charge isn't enough! But I do appreciate your kindness. Best wishes and I'll see you soon as I have a beautiful Taylor that requires a tweak! 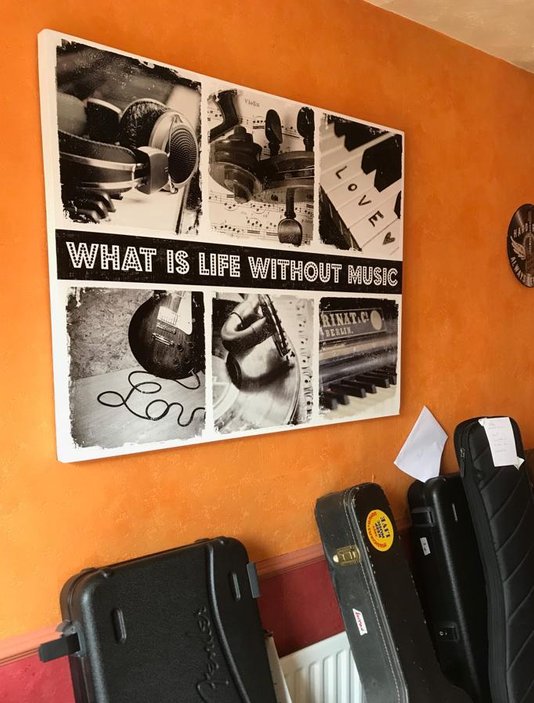 Could you wave your magic wand and sprinkle some Matt Ryan fairy dust on it!

I cannot believe how you have managed to repair my guitar’s broken headstock so that it can’t be seen.

I remember you said that you could, but I imagined that there would be some evidence of a repair. The finish is matched perfectly because you obviously used the right stuff throughout the operation. Nitrocellulose finish etc.

The ding on the back of the neck has also completely disappeared.

You made an awful experience into a pleasant one; I fully recommend you to anyone who needs a top-quality luthier.

I am also blown away by the set up you gave the guitar. It feels and plays much better than before and I was reasonably happy before the set up.

It was worth the two round-trips of over 200 miles each. I cannot thank you enough.

"Brought back to life"

Thank you for bringing my treasured Stratocaster back to life. It now plays and sounds superb. If the person that traded it in could see and hear it now, he or she would cry. The minor body repair is not detectable and the colour match - Fiesta Red - is perfect.

I have several other guitars and should any of these require any attention I will not hesitate to send them to you - well worth the carriage costs. Again, many thanks.

"You gave back life to the guitar!"

First of all let me take the time to congratulate you for an excellent job on the guitar, you gave back life to the guitar!!!! I will certainly recommend you to all the guitarists I know.

"I now believe in miracles!"

Took my pride and joy Takamine super natural series to Matt Ryan after a previous luthier (grrrr!) said he would repair the neck after i dinked it. But when i picked it up from the (previous) so called luthier i was not happy, in fact it looked worse! Then i got hold of Matt just before Christmas and he had it back to me (despite the festive period) looking like new. Thanks Matt, I now believe in miracles!!!!!

"Makes such a difference to my enjoyment of my instrument"

Apologies for not getting back to you sooner to say, officially, a big thank you for the work you did on my Turner guitar recently. This guitar was a big purchase for me, along with a Gibson Les Paul electric. In the shop it sounded great compared to my old acoustic. But once I got it home and played it hard, it had sounded good and I must admit, it knocked my confidence in playing, as I thought (like many before me, I am sure) that it was just me!

Any barred chords around the 8th to 15th frets would be hard to administer, as there was a lot of buzzing and so to try and stop it you feel you have to press harder... the whole thing was hard to make musical and I was very disappointed with it, so much so that I forked out for a new Maton TE1 recently so that I could forget about the Turner!! Well, I decided, once I had a new guitar I'd let you have a look at it..... I am so glad I did! This guitar is now easier to play than the Maton, more musical, perfect up and down the fretboard and is everything I wanted originally in my guitar. I don't know what you did exactly, but I gather you worked hard on the 12th fret area, lowering a convexity, and also dramatically improving the bridge area.

Whatever it was worked superbly, and I have no hesitation at all bringing my guitars back to you whenever work is needed upon them.

Thanks Matt, it is good to see a craftsmen in action, and even nicer to see the end results make such as a difference to your enjoyment of the instrument.

Just wanted to thank you, they are both like brand new guitars and awesome to play. You've done a great job.